Couscous and salad one of those pairings for the ages. Couscous is such a wonderful carbohydrate to add to a simple salad. It’s smooth enough not to be overpowering, yet gives enough bite to add some dimension to the lettuce.

I’ve been inspired by middle-eastern flavours and spices with this salad. The dressing is a zingy acidic bomb of flavour. The blend of zatar, sumac and allspice make it taste other worldly. Zatar is my new favourite spice, or rather spice blend. It’s a lovely earthy and salty mixture that almost always improves a dish.

The secret trick to this salad, however, is the topping of crispy fried spring onions. Finely slicing the onions and cooking them in the hot oil gives them an crunchy texture that’s much needed in such a smooth salad. The trick is to salt them as soon as they come out of the oil. This allows the salt to stick to the onion much more effectively.

Tomato season in the uk is a fickle thing. You’ll get the best cherry tomatoes from mid June to September. If you’re eating this dish outside of that season try switching out the cherry tomatoes for some canned plumb tomatoes and adding a few teaspoons of sugar.

This meal is around 89% less polluting than the average UK meal. 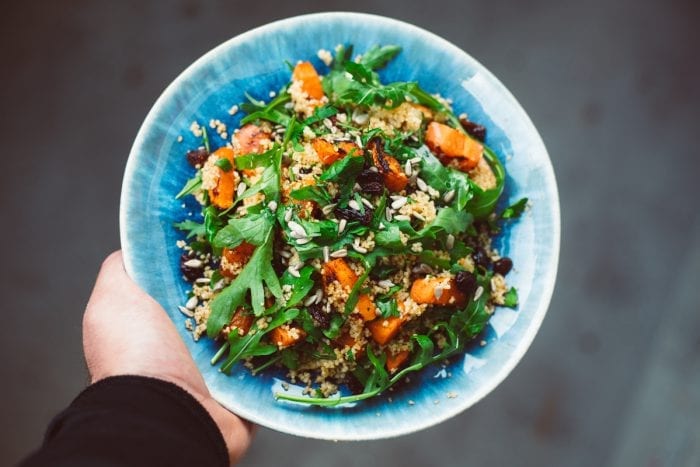 Brown Rice and Herb Salad With Pomegranate and Lemon 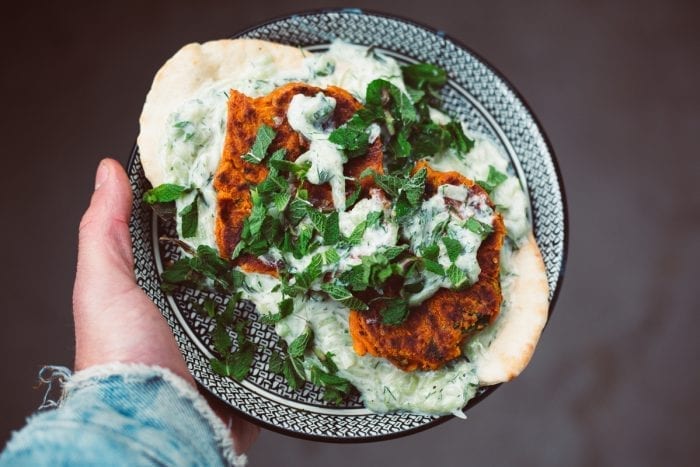