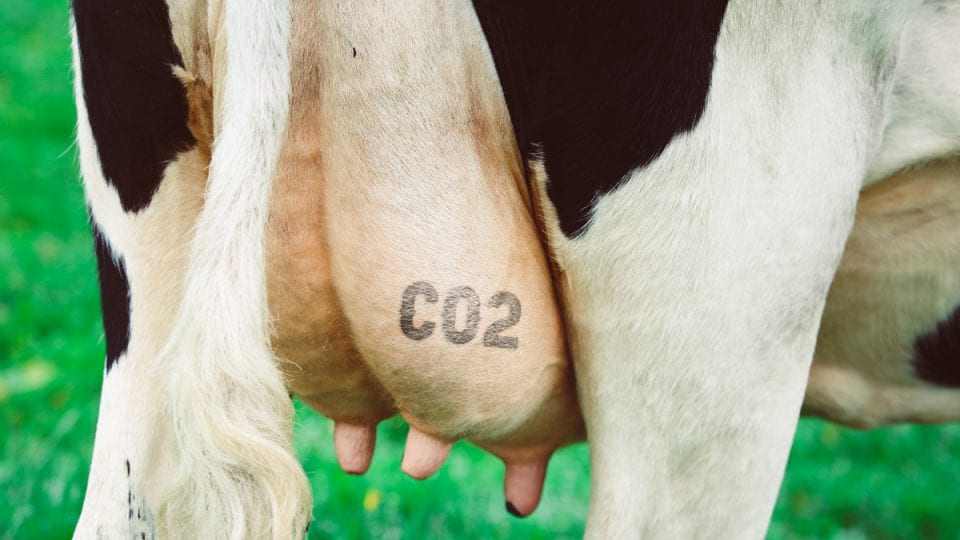 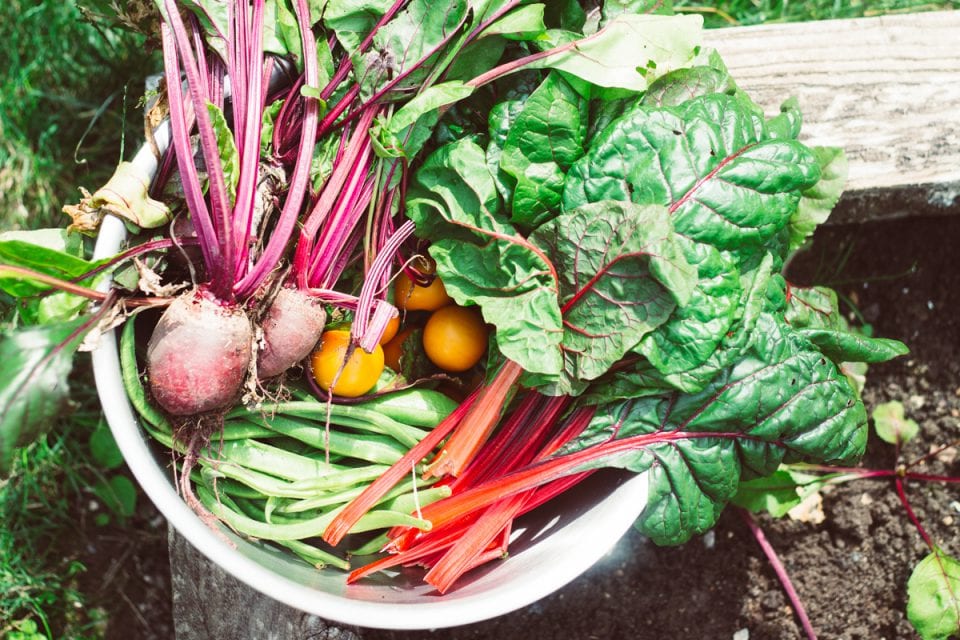 How To Eat Low Carbon In Four Simple Steps 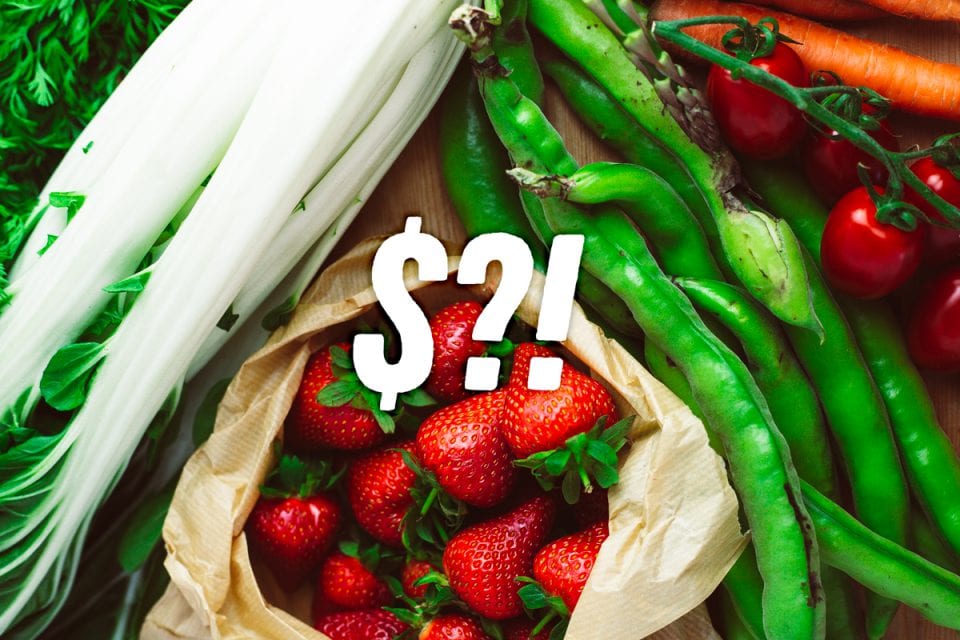 Just how bad for the environment are Britain’s favourite foods? That’s the question heating company Viessmann sought to answer in a recent study they conducted. Viessmann took four meals that epitomise the British psyche and decided to carbon footprint them. The dishes were (in no particular order of popularity!) Fish and Chips, Sunday Roast, Full English Breakfast and Spaghetti Bolognese. Having been a low carbon diet aficionado for some time I was interested to see the results.

Viessmann’s approach was as follows, they footprinted the dishes based on academic papers and common recipes they found online. Then they converted them into emissions produced driving in a modern car. Can you guess which was the worst? Unsurprisingly Sunday Roast came out on top, producing a whopping 140km worth of emissions! That’s a lot of milage!

After reading the research Viessmann had done I thought it would be fun to come up with tasty low carbon alternatives to these dishes. Read on to find out what I came up with.

A Note On Methodology

Viessmann decided to translate kg of Co2e per recipe (standard metric for tracking how much carbon emissions a recipe produces) into equivalent road km. They calculated that an average car would produce 200g of carbon dioxide per km. For the purpose of this article I’ll use this metric, however, the normal metric I use for rest of the recipes on this site is 120g of carbon dioxide per km.

In this article, some of the recipes I’ve developed don’t have some of the components of the original recipe Viessmann used. In theses cases I’ve added Viessmann’s calculated totals for the missing ingredients to my end totals. For example my fish and chips recipe didn’t come with peas and chips – so I added the impact of those ingredients to the total of my recipe.

Finally, I’ve used Viessmann’s calculations on cooking and carbon used in the end totals for my recipes, even if the method of cooking I used was more efficient or different.

Sunday Roast came out as the worst polluting in Viessmann’s study. Viessmann calculated that Sunday roast was as bad as driving 140km!

The majority of the impact of this comes from the roast meat itself – which accounts for 97% of the total impact, at a whopping 26573g of Co2. The next worst offender is the yorkshire puddings, which with their egg and milk content add a decent 542g of Co2 (about 2km worth).

Developing a sustainable alternative for this recipe wasn’t too difficult. All I had to do was find plant-based swap-outs for the beef and dairy components. Replacing the beef proved easy – I decided to go for a Harrissa Roasted Cauliflower which proved delicious and incredibly environmentally friendly, only producing about 1/50th of the emissions of the beef.

Finding an alternative for the yorkshires wasn’t as easy. I experimented with many different recipes, finally settling on a variant that used aquafaba (chickpea water) as a magic thickening ingredient.

Overall it turned out smashing and I had a wonderful time engulfing huge amounts of roast whilst developing the recipe. Find my recipe for Vegan Sunday Roast With All The Trimmings below.

Reworked Recipe: As polluting as driving 15km (with gravy included) 12km without

Savings: 125km worth of emissions (About the distance of the drive from London to Southampton)

Spaghetti Bolognese takes second spot as the most polluting of Britain’s favourite dishes – with a hefty 79km of emissions.

Here again beef is the main culprit for the impact – accounting for 85% of the total emissions of the dish. After this, cheese and pasta both contribute about 2km to the total.

When considering how I was going to improve this dish it was clear that I, again, needed to cut out the beef. However, I didn’t want to use any pre-prepared meat substitutes, and instead focus on whole food replacements. This way I was assured of the impact of the ingredients. This proved more challenging than I first thought as I had to test a few different approaches to come up with a mince replacement that I felt gave the same texture.

After a few iterations I hit on a winning combo of walnuts, mushrooms and lentils. This combo is so good that when I serve this dish at dinner parties I regularly get compliments from die hard meat-eaters who love the taste. Believe me, it’s that good, see the recipe for my The Best Vegan Bolognese below:

Savings: 55km worth of emissions (About the distance of the drive from London to Farnham)

Next up is a full english breakfast. This greasy hangover cure is as bad as driving 29km.

In this dish, the meat accounts for less impact than in the first two recipes. In general, pork is a more climate friendly meat than beef, and yet, it still accounts for around three-quarters of the total impact of the dish. So it was clear that in the redesign I needed to switch this out for something better.

Surprisingly the beans were the next worst offender in the recipe. I put this down to the fact that Viessmann might have used calculations of pre-prepared beans in the total. Pre-prepared goods often have a higher carbon impact than using whole food alternatives. So I decided in the new recipe to make the baked beans from scratch.

In the end the recipe came together relatively quickly as I relied upon a prior developed tempeh bacon recipe to fill the crispy savoury position in the dish. The recipe came out great and is now a go-to staple for lazy Sunday mornings. Check out my Proper Vegan Full English Breakfast below.

Savings: 20km worth of emissions (About the distance of the drive from London to Epsom)

Fish and chips has a smaller carbon footprint than the other dishes as fish has much less impacts than other meat. This is especially the case with wild fish, however overfishing and habitat destruction means that’s impossible to find truly “sustainable” fish in the current climate.

In my recipe redesign, I focused on trying find a lower impact replacement for the cod. This proved difficult, as i found that many replacements I experimented with (tofu, seitan) failed to have the proper texture and flavour needed to replicate the cod. This was until I tried using banana blossom. Long recommended to me as a wonderful fish replacement I had yet to use banana blossom in any prior recipes. It worked incredibly well and had an almost eerie resemblance to cod flesh. You can view the end results in my Crispiest Vegan Fish And Chips below:

Savings: 7km worth of emissions (About the distance of the drive from Central London to Tooting)

How To Eat Low Carbon

Thanks to Viessmann’s research and my craziness we now have four low carbon alternatives to popular dishes. But what if to understand how to reduce the carbon for any of your other meals? The good news I’ve written about it pretty comprehensively in my article What Is The Low Carbon Diet. I’ll summarise the main points here:

As you’ve seen in throughout this article, meat and dairy often contribute to the vast majority of a dishes emissions. Reducing meat and dairy consumption is the single biggest thing you can do to reduce your diet’s emissions.

Eat Foods That Are in Season and Favour Local

Eating in season and locally isn’t just rewarding and exciting, it’s also great for the environment. Growing fruits and vegetables in their natural season means they can be produced with as little energy as possible and require as little transportation. Just think of blackberries as example. In-season blackberries abound footpaths in Britain, they are everywhere and haven’t required any farm management. Out of season they’ll have to be imported from other countries, or produced by farmers whom can create temperature and light conditions they need artificially.

Gone are the times where we thought eating all imported food was bad. In fact recent studies have shown that in many cases imported produce can have a better impact than local varieties. This is mostly the case with out of season produce, when local farmers resort to dangerously inefficient production techniques to compete with imported produce.

Yet there is one exception to this rule – air shipped produce. Importing produce by plane is so bad for the environment it can inflate some goods impact by 30 times. Try and avoid goods that might have been air shipped. As a general rule of thumb is is produce that has bee imported which perishes quickly – e.g. asparagus, baby spinach.

Annually, over 6.5 tonnes of food is thrown away in the UK. Around 70% of that food was still fit for consumption. Food waste has a huge impact on the planet. Binning food means you’re not just wasting the produce, but all the energy that has gone into creating it. It was recently estimated that if food waste was a country it would be the third worst polluter after China and America.

Until we have some form of universal carbon labelling for supermarket products, I always advise people to buy fresh and cook at home. It’s incredibly difficult to gauge how sustainable a company’s supply chain is actually is. Instead of guessing I prefer to cook a whole-food diet that emphasises simple food. This will reap dividends for your waist and the planet.

Be mindful of how you cook. Using multiple pans and appliance will inflate the impact of your recipe. These days I prefer to cook one-pot recipes, mostly because I’m lazy, but also because it uses much less energy. You can also be inventive in the kitchen and cook ingredients together, for example I like to steam greens over cooking rice or pasta. This saves washing up, energy and carbon, what’s not to like.

If you’re anything like me, and you want a simple way to reduce the impact of you meals, check out any of the recipes on my site. All of my recipes have been designed to be as low carbon as possible and come with a breakdown of how much carbon you’ve saved.

How To Eat Low Carbon In Four Simple Steps